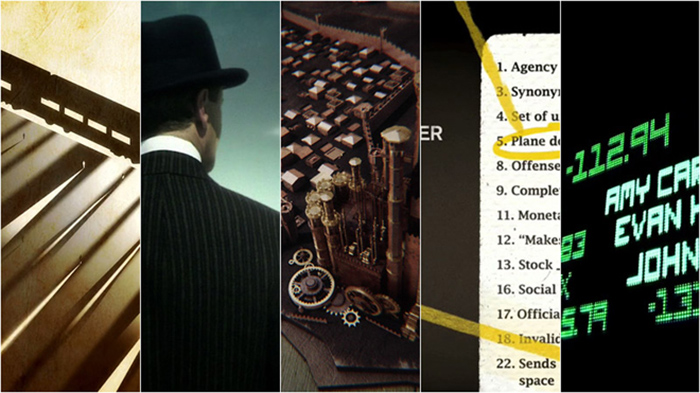 The 2011 Emmy nominations for the category of “Outstanding Main Title Design” have just been announced.

Five fantastic sequences made the cut with amazingly beautiful and wide ranging style, design, and direction.

Imaginary Forces has two sequences in the running…HBO’s Boardwalk Empire and AMC’s Rubicon. motion speaker, Karin Fong was creative director on both.

Shine’s sequence for HBO Film’s Too Big To Fail was directed by Michael Riley.

The talented team from UK based Huge Designs created Any Human Heart.

Good luck to everyone who worked on creating these stunning sequences!

Watch the video on motion.tv