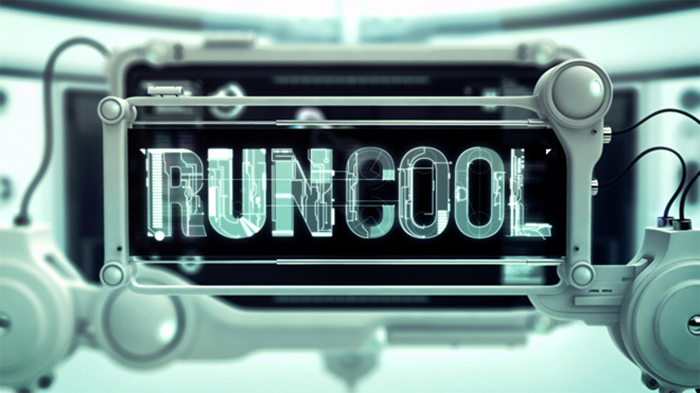 Hybrid production studio Vitamin has created a new spot for Nike, its second spot for the brand this year.

The new ad promotes the Lunarswift+ 2, a redesigned version of the classic Nike running shoe. The Vitamin team concepted a world where the retooling of the shoe occurs in a futuristic laboratory full of pristine high-tech gear. A sleek robotic arm uses a laser to cut a breathable pattern into the shoe’s surface while a gyroscopic pedestal tests its overall performance. Another robot arm swings into view, cradling a display showcasing the shoe’s available color stylings and the “Run Cool” slogan.

Vitamin was responsible for conceptual design through finish, including all CGI modeling, animation, compositing, audio, and color. “At the beginning of the project Nike provided a brief about the new shoe with it’s technical specifications that needed to be featured in the spot…the rest was up to us”, recalls Vitamin Creative Director Danny DelPurgatorio. “It helped having worked with the Nike team in the past. There was a level of trust and creative freedom that contributed to the current campaign for Run Cool”. The testing facility featured in the spot was designed by Art Director Matt Beharry. The creative team felt the hi-tech facility was appropriate for Nike, who is constantly on the cutting edge of technology.

Modeling, animation and compositing was completed by a team of artists headed by Vitamin Art Director Rob Foster and Art Director/3D Lead Linas Jodwalis. Concept Artist Tony Legato prepared all of the conceptual design for the laboratory, the robotic arms and other elements that served as the basis for the models prepared by the CG artists. Jodwalis said that they drew their inspiration, in part, from classic sci-fi films. “We wanted it to be very beautiful and elegant, but also something that could exist in real life,” he explained. “We wanted to show off the shoe, but not in a ‘demo’ way, but rather in a way that is organically integrated into an artful piece.”

Vitamin partnered with frequent collaborater Todd Beyer to create the ethereal soundtrack and sound design for the piece. “We knew from the beginning that music would be a key component to the story. It introduces an element of humanity, which was an important part of the message.” recalls DelPurgatorio.