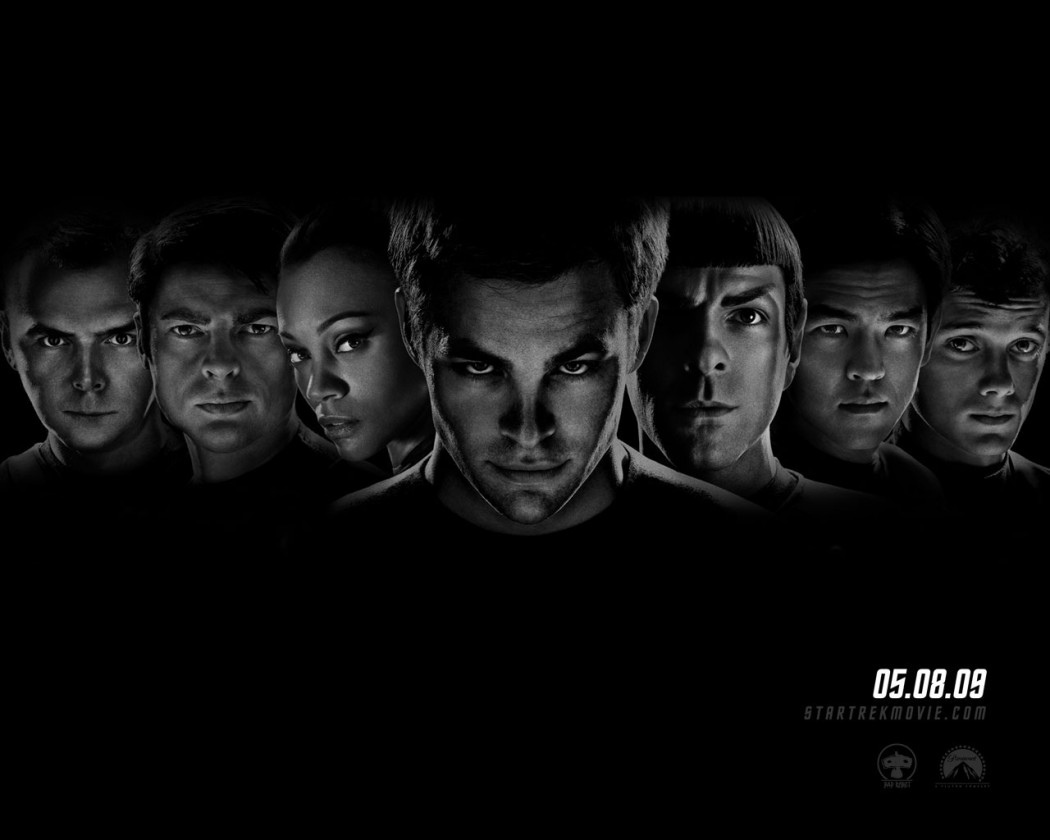 Star Trek Coming To A Screen Near You!

Directed by J. J. Abrams, Star Trek is the eleventh Star Trek film and features the original main characters as they set out to become USS Enterprise crew members. These Star Trek early years are portrayed by a new cast and follow James T. Kirk as he enters the Starfleet Academy. The film stars Chris Pine as James T. Kirk who took inspiration to play the part from Harrison Ford and his portrayal of the characters Han Solo and Indiana Jones.

“Not to say that I modelled my version of James T. Kirk on anything in particular but I think I definitely have wanted to bring that kind of Harrison Ford humour to Kirk.” Pine has said.

Hero’s star Zachary Quinto plays a young Spock but the film will also feature Leonard Nimoy, the first actor to play the half vulcan character. Nimoy reprises his role to return as the ‘old Spock’ who comes back from the future, to give a helping hand to his friends.

Everyone’s favourite intergalactic Doctor: Dr. Leonard “Bones” McCoy, is portrayed by Karl Urban, best known for his role as a Rohan nobleman in the Lord of the Rings trilogy.

Urban has been a fan of Star Trek since he was seven years old and actively pursued the role of McCoy. Explaining his interpretation of Dr. McCoy, Karl Urban has stated “it is a case of not doing some sort of facsimile or carbon copy, but really taking the very essence of what DeForest [Kelley] has done and honouring that and bringing something new to the table”

Development of the film began in 2005 when Paramount Pictures contacted Abrams (director), Roberto Orci (writer) and Alex Kurtzman (writer) for ideas to revive the franchise. The team wanted to stay faithful to the Star Trek canon, but at the same time introduce new ideas to the storyline, and modernize the production design of the original show.

The film was primarily designed by Ryan Church and Star Trek veteran John Eaves. Production design was difficult as it had to be consistent with the television series but also feel more advanced than present real world technology.

“It’s how a family comes together. And then more specifically, the story of two brothers, Kirk and Spock. It’s the first time [co-writer] Alex [Kurtzman] and I got to really write about our friendship, in a way. So that was a big inspiration for us- the coming together of opposites in a partnership that takes you to places you can’t even believe.” Writer Roberto Orci on the film’s emotional context

Industrial Light & Magic is creating the visual effects for the new Star Trek film. Visual effects supervisors Roger Guyette and Sherri Hanson worked with Abrams on Mission: Impossible III. Abrams avoided using bluescreen and greenscreen as much as possible, and instead used special effects to extend the scale of sets and locations.